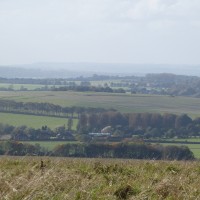 By Laurence Davies on 16th January 2015 in Articles
Windmill Hill is best known for the early Neolithic causewayed enclosure which sits on its crown and for the pioneering archaeology that took place here. Causewayed enclosures are some of the earliest monuments in the British Isles being built between 3,700 and 3,400BC (Lawson 2007). This period is shortly after the time people moved on from a hunter-gatherer lifestyle and into a more settled pattern of life with small scale farming at its heart which had occurred around about 4,000BC. The enclosures, or camps, consist of one or more sub-circular rings of ditches with the earth thrown up on the inside to form a bank; causeways, or land bridges, were left uncut to give access across the ditches into the interior. Their full purpose is far from clear but from excavation it appears that these enclosures were used for habitation at certain times of the year, as seasonal meeting places where different family groups might have met to trade goods and exchange ideas and stories. Inter-tribal betrothals, for instance, perhaps took place and from remains found and identified there was certainly a considerable amount of communal feasting. 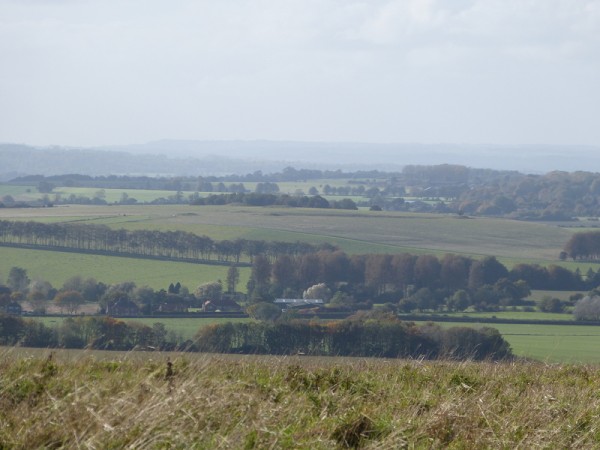 The Windmill Hill site, seen in the middle distance in the above photograph, consists of 3 concentric rings of ditches dug between 3,700 and 3,500BC long before the Avebury monument or Silbury Hill existed and is one of the largest of these early meeting places. It is also one of the earliest known examples and one of the most extensively excavated. The first excavations took place in 1922 and 1923 led by the vicar of nearby Winterbourne Bassett, H.G.O. Kendall but it was later in that decade that the really large scale excavations took place. These were carried out by Alexander Keiller along with his wife, Veronica and his sister-in-law Dorothy between 1925 and 1929. It was this Alexander Keiller who, having bought the Avebury estate, was later responsible for restoring the Avebury stone circle and the West Kennet Avenue.
The work carried out within the site has produced enormous amounts of deposits, Keiller’s excavations finding thousands of animal bones, tens of thousands of worked flint tools and knapping debris and the remains of about 1,300 clay pots. These round-bottomed pots  lent the local name to this distinctive form of early Neolithic pottery that has been found across the region and has subsequently become known as Windmill Hill Ware.

Click on the button below to read more about Neolithic Causewayed Enclosures in general.