In the articles on this website I have tried to give a very brief summary of most of the sites that we can visit on our tours but I didn’t feel it was appropriate for me to try to be either too academic or too authoritative. Obviously when we are out in the landscape I will hopefully fill in all the gaps, explain all the up-to-date theories and research, and be able to answer any questions you may have but if you would like to do more research into the subject for yourself I have listed below the books that I have found useful out of the enormous amount that have been written on the subject. They are all written by leading experts on the British archaeological scene. I have missed many extremely important books off this list for the simple reason that I have yet to read them. I say ‘yet’ because I certainly intend to and when I do they will undoubtedly be added to this corpus. If you click on the book covers you will be taken to the appropriate page on Amazon in a new window although you may well want to look elsewhere because some of the prices are extraordinary!

The first resources I would recommend are the official guides to the two areas of the UNESCO World Heritage Site. They are both written by eminent archaeologists, are extremely well presented with wonderful photographs and diagrams, and are available at a very reasonable cost from the terrific new Stonehenge visitor centre and the equally terrific Alexander Keiller Museum at Avebury.
The National Trust’s 32 page Avebury guide is written by Ros Cleal and covers the monument and its surroundings including Silbury Hill and the West Kennet Long Barrow with plenty of photographs and diagrams to illustrate the text.
English Heritage’s Stonehenge guide is written by Julian Richards and is again thoroughly illustrated. The 52 pages discuss the archaeological history of the Stonehenge area and give a good overview of the research carried out. Other monuments within the landscape are discussed such as The Cursus, Durrington Walls and Bush Barrow.

A superb general book that covers the whole of the area we include on our tours and comes highly recommended by, among others, David Dawson curator of the superb Wiltshire Museum in Devizes is Chalkland: an archaeology of Stonehenge and its region by Andrew J. Lawson. Richly detailed but still very readable it remains one of my most valuable sources of information. 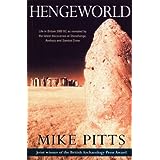 Written by one of Britain’s pre-eminent field archaeologists Mike Pitts’ Hengeworld is a thorough and entertaining exploration of the role henges such as Stonehenge and Avebury played in the rituals of prehistoric society. The book focuses on many of the places we visit on our tours and includes some extremely useful diagrams and appendices with radio-carbon dates for thorough chronological comparisons including the various stages of Stonehenge’s construction.

In Stonehenge: The biography of a landscape Tim Darvill examines the pre-history and history of the whole Stonehenge area from the stone age through to the 1990s and discusses all of the monuments that Oldbury Tours visit plus a great deal more.

Mike Parker Pearson’s book Stonehenge: Exploring the greatest stone age mystery was written after The Riverside Project of 2003 – 2009 and incorporates all the groundbreaking discoveries made during those years of excavation. As a result it is the most important book regarding the Durrington Walls occupation site and its relationship with Stonehenge itself. Parker Pearson writes in a very accessible yet informative style and makes convincing arguments for his theories.

For the Avebury area I have found two books particularly useful and enjoyable both of which have Josh Pollard as one of the authors. Avebury: The biography of a landscape by Joshua Pollard and Andrew Reynolds contains a thorough but extremely readable study of the Avebury area (including all the monuments we visit and much more) from the first human presence up until modern times.

The same is true of Avebury by Mark Gillings and Joshua Pollard though its subject matter is generally restricted to the famous monument of Avebury itself. Again however the authors trace the development of the site from the earliest times right through to the modern day. I have been extremely lucky to be involved as a volunteer on three excavations in the Avebury area with the authors and know just how thorough and comprehensive their approach is to the subject.

Between them the authors have been responsible for most of the excavations in the Avebury area for the past 20 years.

For the most up to date information regarding Silbury Hill the best place to look is The Story of Silbury Hill by Jim Leary and David Field. Here they discuss all the recent work carried out and new discoveries made between 2000 and 2008 in an approachable style with plenty of photographs to back up the text. 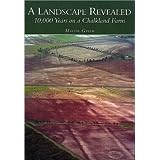 Although we don’t generally visit the area of Cranborne Chase south of Salisbury Martin Green’s book is a fascinating account of the chalkland archaeology found throughout Wiltshire and is relevant to everything we talk about on our tours. The love the author has for the area he grew up in shines through in this delightful book that studies the long history of one small area of Dorset from the end of the last ice age to the present day.

In Defence of Landscape: an archaeology of Porton Down by David Ride is a fascinating book that explores the archaeology of an area of Salisbury Plain close to Stonehenge that is owned by the military and therefore off limits to the general public. As a result of its MOD status it has been untouched by the modern plough and subsequently is one of the best preserved prehistoric landscapes in Britain. The area was the focus of J.F.S. Stone one of the most eminent archaeologist’s of the first half of the 20th century and therefore the book is also a celebration of his work

For a very different view try Brian John’s The Bluestone Enigma: Stonehenge, Preseli and the Ice Age. As a geologist he argues particularly against the case for some of Stonehenge’s stones having been manhandled to the monument from Pembrokeshire in Wales. He vehemently argues that the bluestones incorporated in the Stonehenge monument were brought to the area by glacial activity in the last ice age.

Aubrey Burl is the most prolific author on the subject of stone circles and henges (a wide class of monument that includes both Avebury and Stonehenge). As well as the brief history of Stonehenge listed above he has written several other books on the subject of henges, stone circles and prehistoric society including Prehistoric Avebury, probably his most famous work. All of his books have proved extremely useful in my research for Oldbury Tours. They range in style from short guides to coffee table books and more thorough explorations of the sites that we discuss on our tours. See below for the selection I have enjoyed.

With the exception of two of Aubrey Burls’ all of the books listed above were published within the last 15 years (i.e. within the 21st century) and as a result include the most up-to-date science and research relating to the archaeology of the area we tour. However they do all acknowledge the enormous amount of work done by previous generations of archaeologists many of whom published books of their own, books that are in many aspects still valid today and very worthwhile reading. I have listed below some of the books that are on my shelf and have contributed a great deal to the research pool. Many of these are sadly now out of print but are definitely worth hunting down.

© 2020 Oldbury Tours All Rights Reserved. | Brought to you by MallingMay Media