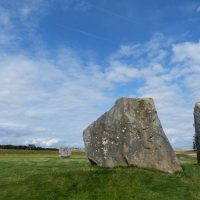 By Laurence Davies on 25th February 2018 in Tours

Martha only called me the day before she was travelling to Wiltshire in February 2018. An American citizen, she had lived in the UK for four years and traveled widely around the country in that time. Whe was now trying to tick off a few of the places she hadn’t got before heading back across the pond. Avebury was one. 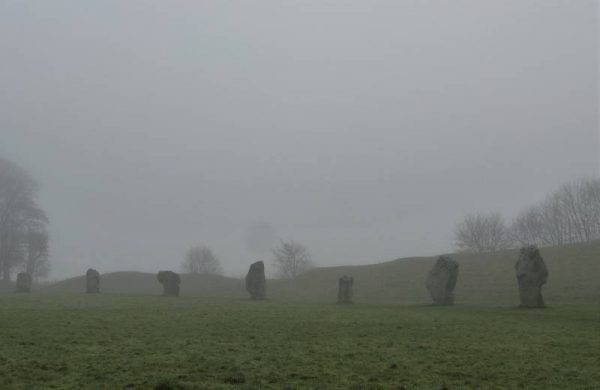 Avebury half day tour: A cold misty morning at Avebury 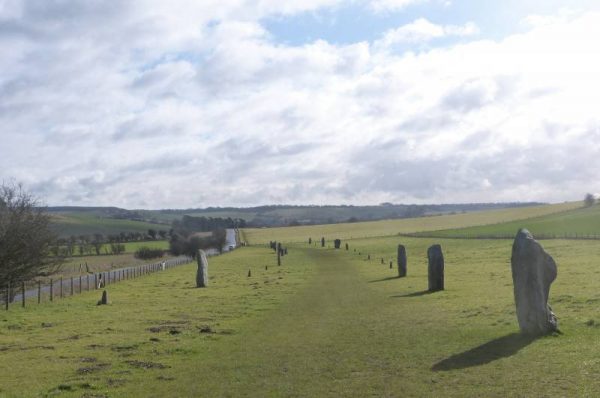 Heading down the West Kennet Avenue 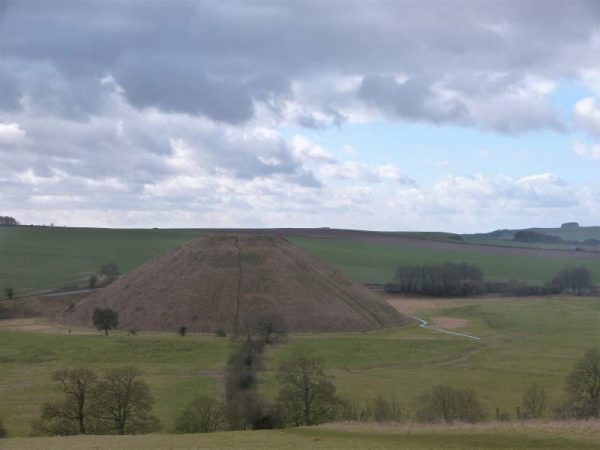 Looking down on Silbury Hill from Waden Hill. A new spring starts to fill the ditch from the right side of the photo (north) 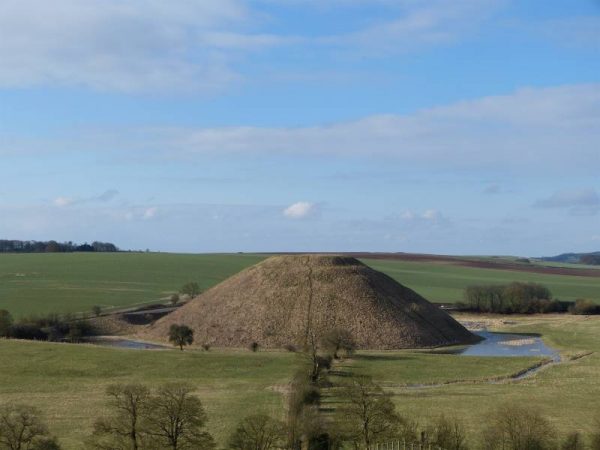 Two weeks later and the base of Silbury Hill was flooded. Is this what the builders intended? 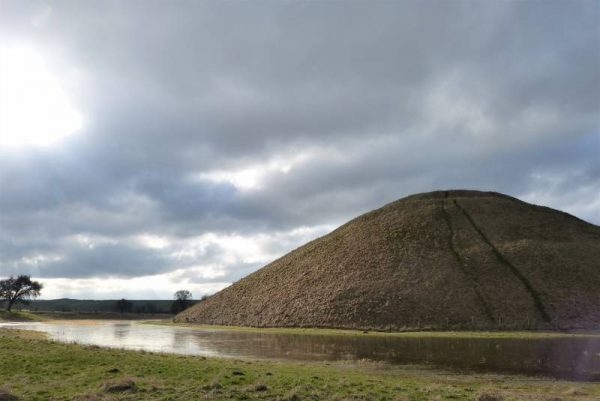 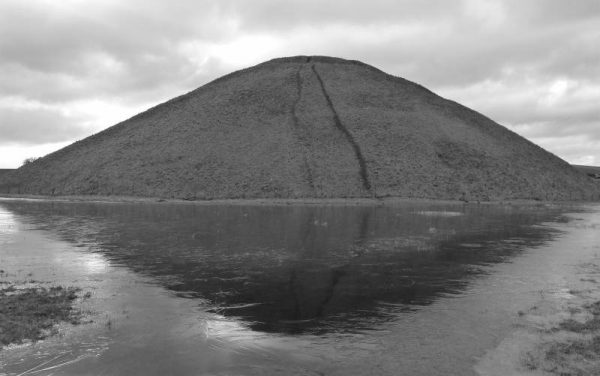 Silbury Hill is reflected in its waters 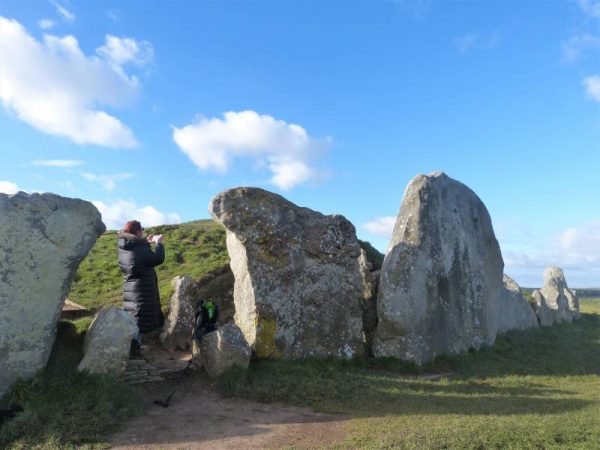 At the entrance to West Kennet Long Barrow. The two huge stones to the right of Martha are the blocking stones 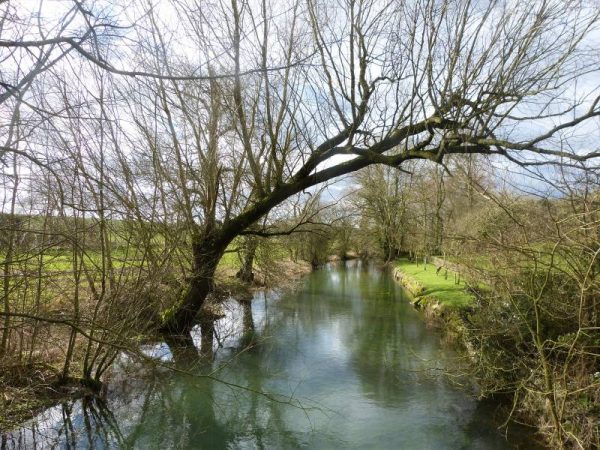 A half day tour of Avebury

Martha only called me the day before she was travelling to Wiltshire in February 2018. An American citizen, she had lived in the UK for four years and traveled widely around the country in that time. Whe was now trying to tick off a few of the places she hadn’t got before heading back across the pond. Avebury was one. She wanted to do it properly but only had limited time available so what better than an Avebury half day tour.

She travelled early from Victoria on the National Express coach from Victoria and conversing by text I arranged to meet her at Swindon coach station at 10am. Mischa had just arrived when I parked so we had no problem finding each other.

It was a cold February day, and as it turned out the weather didn’t match the forecast I had been following, as is often the case in the UK. As soon as we got in the car and headed out of Swindon it started to snow.

The drive to Avebury is a lovely one and we chatted away, getting to know each other, before arriving in to the henge from the north. Given enough time if picking up from Swindon I usually drive via Marlborough. This drive takes you down the course of a Roman Road down the valley of the river Og, which I always think could either have been named by J.R.R Tolkien or the stereotypical caveman.

Driving from Marlborough you approach the UNESCO World Heritage Site from the east and arrive first at The Sanctuary. This is the perfect place to stop for a pep talk about the area and Neolithic/Bronze Age Europe in general. A good place to start an Avebury half day tour, or full day one.

However we didn’t have time for the diversion so before my guest was fully aware, we were driving into the henge of Avebury – yes, that’s right, the road from Swindon goes straight on in and, 420 metres later, out the other side.

We parked in the National Trust car park and walked the path towards Avebury. When ‘doing’ the Avebury area I always mention the lavatories when we are near the Circles Cafe as there are no others in the landscape we are to walk. So having availed ourselves of the facilities we began our tour. The snow had stopped but it was still bitterly cold.

We completed a circuit of the circular Avebury site. The monument is divided into four quadrants with gaps at the cardinal points. We began by entering the south west quarter where the most complete sweep of stones spreads before you. Crossing the road to the SE quarter we visited the southern inner circle before climbing up on to the bank to follow it anti-clockwise as it curves around to the north. At this time of year you have to be particularly careful as the exposed chalk can be extremely slippery after any rain, and we had just had a lot.

Successfully down off the bank we headed along the road into Avebury. The recent rains had forced the National Trust to close the NE quadrant to protect it from damage so we could only admire the Cove from afar. We completed our circuit through the SW quarter and were back at the cafe.

After a coffee it was time for the main walk. Heading out of the southern entrance we picked up the West Kennet Avenue and followed it to the end of the section re-erected by Alexander Keiller in the 1930s. It does continue south from there but the stones are mostly buried or have been removed.

From this point we climbed up Waden Hill. When you crest the deceptively tiring slope you are rewarded with a magnificent view of Silbury Hill, the largest prehistoric man-made structure in Europe. Standing here a while we could see a stream had begun to flow in an unsual place. The January rains had made their way down into the water table and were now rising as springs around Silbury Hill.

Steve Marshall firmly believes that the ditch was cut as deep as it is in order to catch these springs. It has long been thought that Silbury Hill was a monument celebrating water, the swallow head spring being the main source of the river Kennet, so I think he has got a very good point

Carrying on towards Silbury Hill you descend the slope to the Winterbourne stream which was full and rapid.
From here we followed the stream to the main road before turning right to get a close up view of Silbury Hill.

Next was West Kennet Long Barrow, an early Neolithic tomb. We crossed the river Kennet and made our way up the slope. We spent some time looking around the chambers with our torches before climbing on to the top of the ancient mound to admire the view back to Silbury with Windmill Hill visible beyond. We didn’t stay long however because the wind had really picked up, the North-westerly forcing the temperature down even further.

Protected from the wind by the enormous stones erected in c.2,300BC to block the tomb, we enjoyed our picnic lunch.

Next we made our way back down to the river before turning east and through the site of the West Kennet Palisaded enclosures. Perhaps these two wooden walled enclosures either side of the river Kennet were where the people who used the monuments lived. They are only known from aerial photographs and some small excavations.

This was when we saw the only other person on our walk, a fast walking hiker properly attired and using walking poles. The only odd thing that struck us was his choice of white trousers. The paths here, particularly in the valley bottom where we now were, get extraordinarily cut up and you would do well especially in winter to keep even mud-coloured trousers looking good!

For this reason, knowing what was ahead if we followed the river, I decided to head to the busy road and follow that for a short stretch before going into the fields to climb up to The Sanctuary.

From here you can walk the whole route of the West Kennet Avenue the 1.7 mile route back to Avebury, which is what we did.

It was 4 o’clock now and after a quick drink I left Marsha in The Red Lion, Avebury, the only pub in a Neolithic Stone Circle, from where she later caught a bus back to Swindon.

Not bad for an Avebury ‘half’ day tour. Click here to enquire about your Avebury half day tour. We look forward to showing you around.

Don’t just take our word for it:

Avebury half day tour with an Avebury guide

Please enquire about a half day or full day tour to include Avebury via the ‘Enquire’ button below or for more information click on ‘Home’ for our home page,  ‘About’ for our story or ‘Tours’ for suggested itineraries. Read more about the Avebury area here.

Since 1986 Avebury and Stonehenge have been listed as one designated UNESCO World Heritage Site.

They certainly contain many contemporary monuments from both the stone age and the bronze age but they are separated by the Pewsey Vale. Maybe the area in between which includes Marden Henge and many other internationally significant sites should have been included as well.

Click on their logo to find out more about the World Heritage program.

Oldbury Tours are proud to be partners of Visit Wiltshire.

Most of the sites we visit fall within this wonderful county including Avebury and Stonehenge.

Click on their logo to find out a lot more about what is going on in the county what to see, where to eat and where to stay/

Most of the area we visit in the northern, Avebury, part of the World Heritage Site lies within The North Wessex Downs Area of Natural Beauty

The Pewsey Vale is the area between the two halves of the Avebury and Stonehenge World Heritage Site. We visit several places within the vale on our tours.

Find out more about this beautiful and under-explored region by clicking on their logo. 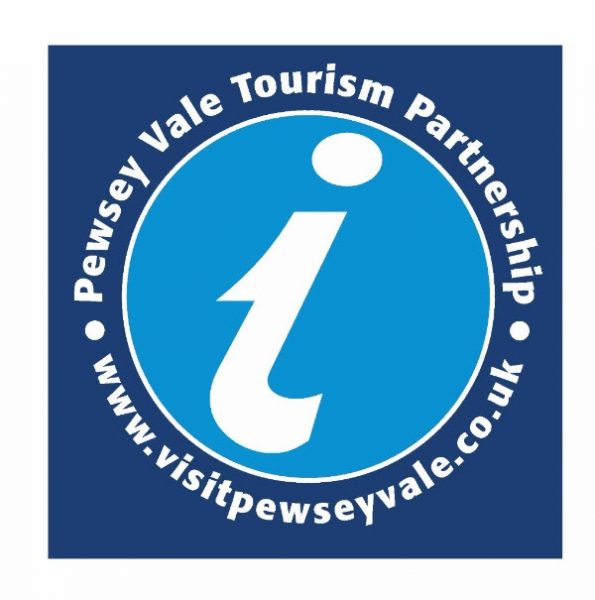