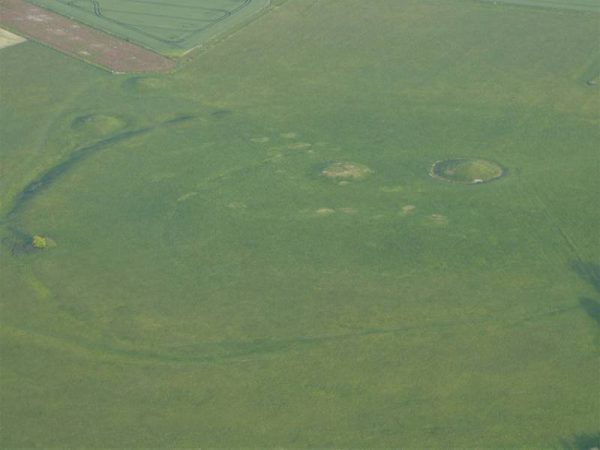 Windmill Hill in the north of the Avebury area from the air. The two outer rings of the UK’s most famous causewayed enclosure can be made out quite clearly to the left and across the top of the photograph. The mounds inside the enclosure and beyond the ditch in the top left are much later Bronze Age burial mounds. Still prehistoric they date from about two thousand years after the enclosure was in use. Such is the depth of time in this landscape. 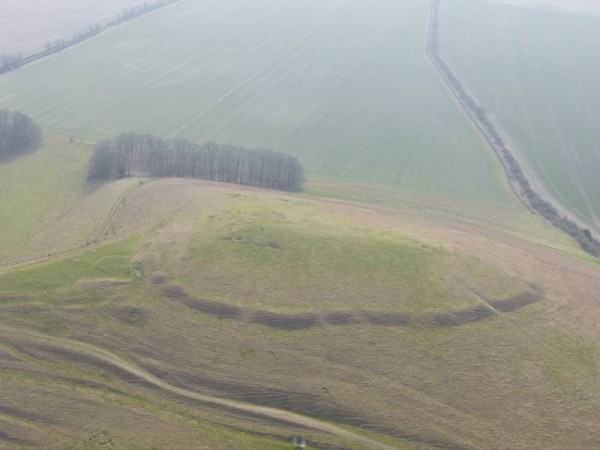 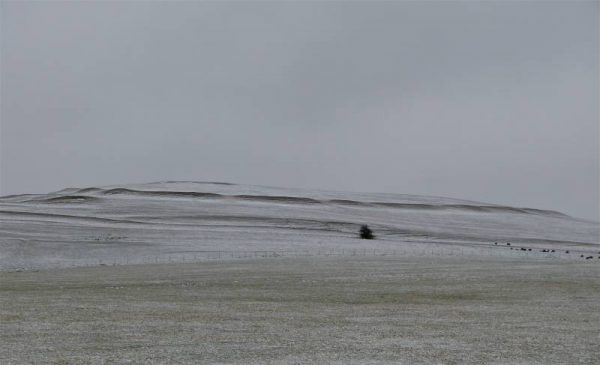 The entrances through the bank at Knap Hill stand out even more clearly after a light dusting of snow. The cows on the right of the photo give an idea of scale

Our most ancient monuments

Causewayed Enclosures are a type of monument associated with the earlier Neolithic period in Britain and can be considered among our most ancient monuments. Only Long Barrows and chambered tombs have so far given us earlier dates. All of these types of monument occur within the Stonehenge and Avebury area.

The Neolithic, the last period of the stone age, is the time when people were moving away from a hunter-gatherer existence to a more settled lifestyle in small farming communities. I say ‘moving away’ because archaeologists don’t believe this was a sudden change but more of a gradual adoption of ideas. Rather than a Neolithic revolution, the transition might have taken decades if not centuries to really become the established ‘way of life’. Mike Pitts even talks about ‘millennia not decades when discussing the transition’ in his book ‘Hengeworld‘ and in fact it could be argued that it is a process that hasn’t yet ended! After all we still gather blackberries, fish the sea and rivers and eat wild game. There was no need to dispose of these proven subsistence methods.

Rather than a change of diet what makes the Neolithic period most striking to us is the change in material evidence. Around about 4000 BC when new ideas, the Neolithic package, first arrived in the UK we begin to see evidence of a new approach to the land and what it is capable of providing. This new approach comes in the form of new types of flint tools (arrow heads, knives and utility tools), the first mines and quarries for raw material such as quality flint, the first pottery, beautiful aesthetic goods such as polished stone axes, and the first landscape monuments. Causewayed enclosures belong to this time occurring within the period 3700 t0 3400 BC. 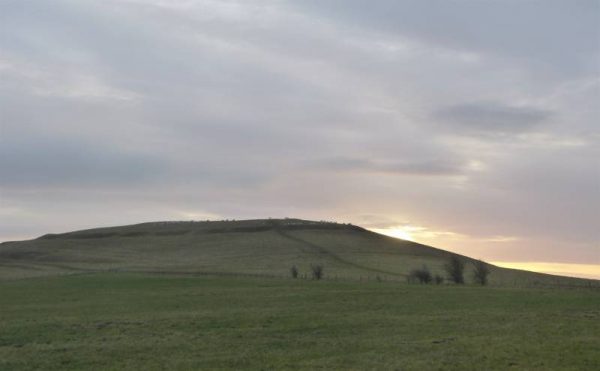 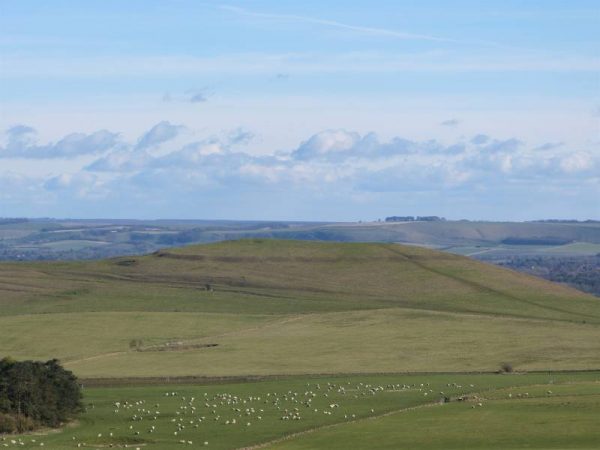 Knap Hill provided the perfect location for one of these ‘camps’. From within the views were panoramic and it was likewise visible for miles around. Salisbury Plain can be seen here in the distance across the Pewsey Vale 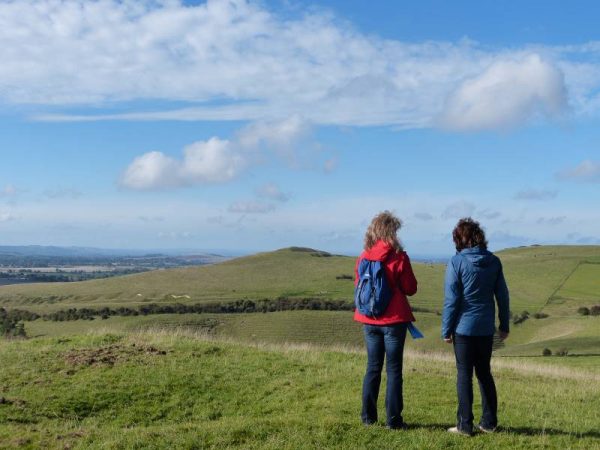 Looking across at Adam’s Grave, the contemporary long barrow.

Causewayed enclosures are among the earliest embodiments of this new culture. The general belief is that these enclosures, dating from between 3,700 and 3,400 BC, were built as seasonal camps. Different family groups, or tribes, met here and nurtured relationships and alliances at certain times of the year. Andrew Lawson suggests these ‘long distance ties were important for the cohesion of disparate groups’ who perhaps still spent much of the year following a semi-nomadic existence pasturing their herds. Not so much permanent domestic settings these enclosures more likely served as ‘meeting places, markets, political, ceremonial or religious centres all in one….places where a mobile population could meet from time to time so as to conduct important social functions and for the exchange of ideas and possessions’ (Lawson 2007).

They are evidence of a new concept of ‘place’, of control and ownership of the land. I don’t mean this as ownership in the modern sense but that, as human beings, we could adapt the landscape around us and make it work for us. If we want to build a place to hold meetings and festivals, we can. This had not been done before.

No two of these camps are identical but they follow the same general pattern, being built of one or more roughly circular rings of earthen banks. The material for these banks was dug from external ditches which in our area of Wiltshire extended down into the chalk bedrock meaning both bank and ditch were white when completed. Rather than being continuous, causeways were left to form land-bridges across the ditches giving access through the bank into the interior. Some, like the beautifully positioned example on Knap Hill (pictured left and above), have many entrances while others, such as Robin Hood’s Ball to the north of Stonehenge, appear to have only one. The area enclosed varies considerably in size, the inner enclosure on Windmill Hill being only 0.4ha for example while that of the recently discovered valley bottom site at Crofton encloses an area of 27ha. Generally however few examples exceed 5.5ha in area.

Causewayed enclosures occur widely across southern Britain including the Stonehenge and Avebury area, usually on high land with commanding views of the neighbouring landscape. However they are still ‘amongst the oldest, rarest and most enigmatic of all the ancient monuments known in the British Isles’ (Oswald et al, 2001). Unlike the peculiarly British ‘henge’ monuments they have also been identified in continental northern Europe: France, Belgium, Germany and Denmark. 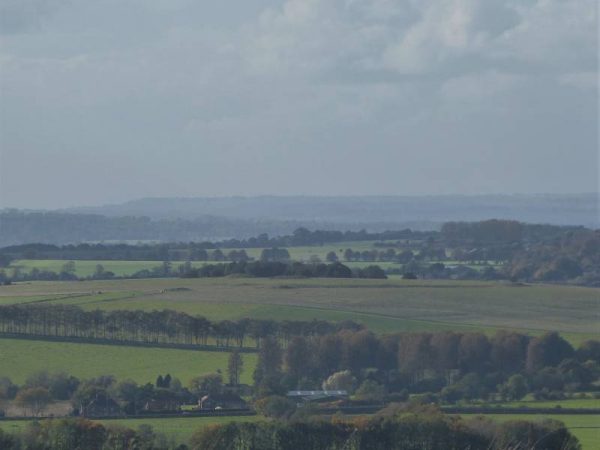 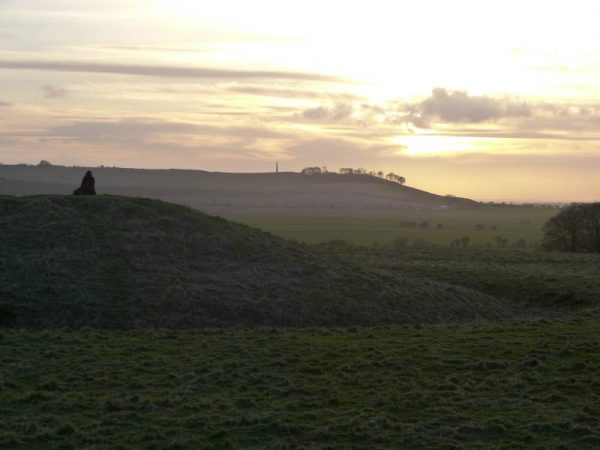 Watching the sun set on a February evening from a Bronze Age barrow on Windmill Hill. Oldbury Castle, an Iron Age Hillfort is on top of the hill in front

The two examples we have focused on here, Knap Hill and Windmill Hill lie within the Avebury area we visit on our tours. They were among the first such monuments to be seriously investigated and have provided us with invaluable information.

Windmill Hill is a particularly important site not only archaeologically but also as the place where Alexander Keiller, the man who was later responsible for restoring the stone circle at Avebury, cut his teeth as an archaeologist. Keiller bought a large part of the hill in 1924 to save it from the attentions of the Marconi wireless company who wanted to erect a mast there. During his excavations at first under the direction of Harold St. George Gray, huge amounts of items were recovered particularly flint tools, animal and human bone, and pottery.

Excavations at Knap Hill by Maud and Ben Cunnington also provided a lot of material evidence for what took part within that enclosure. Together their excavations largely influenced interpretations of date and use, greatly enhancing our knowledge of the late stone age in the UK. The round bottomed pottery found at these sites gave the name Windmill Hill Ware to the style of earlier Neolithic pottery found across southern Britain.

The Alexander Keiller museum at Avebury contains much of the material excavated at Windmill Hill in the 1920s. A visit to the museum is well worthwhile and can be included on a tour of the area with Oldbury Tours.

A more extensive collection, including the UK’s most important collection of Bronze Age artefacts, can be found at The Wiltshire Museum in Devizes which we can also visit and is highly recommended. For more information about the Wiltshire Museum please click here to visit their website. 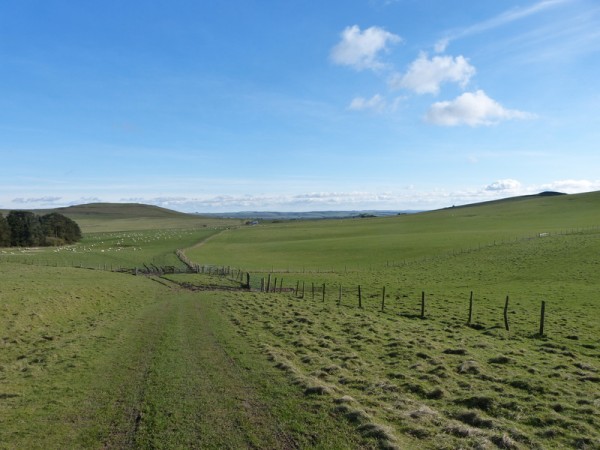 Although sharing much in common by the way of design Neolithic Causewayed Enclosures appear to have served a multitude of different purposes as alluded to above, but whether they were all multi-purpose or some served specific functions for the community is unclear. One example lies just outside our main touring area at Hambledon Hill on Cranborne Chase. Here excavation, led by Roger Mercer between 1974 and 1982, suggested that ‘the primary purpose of this enclosure seems to have been to demarcate a sacred area within which bodies were left to naturally decompose, a process known as excarnation.’ (Green, 2000). The ditches around the Windmill Hill enclosure, which is in our area, were similarly found to include a considerable amount of contemporary human bone. This process of excarnation could well have been the common practice at this time for the disposal of the dead, the bare bones being later collected and placed in communal tombs such as West Kennet Long Barrow  for later use in rituals and ceremonies. Causewayed enclosures often appear to be linked with contemporary long barrows; Hambledon Hill and Windmill Hill both have several long barrows nearby and Knap Hill has Adam’s Grave just along the ridge to the west as can be seen in the photo above. In this picture Knap Hill causewayed enclosure is on the raised ground centre left and Adam’s Grave can be seen in shadow on the crest far right. We are looking south. Beyond these two monuments the land falls off sharply in to the Pewsey Vale and beyond that lies Salisbury Plain and the monuments around Stonehenge.

visit the Wiltshire Museum’s website. We often include a visit on a tour. 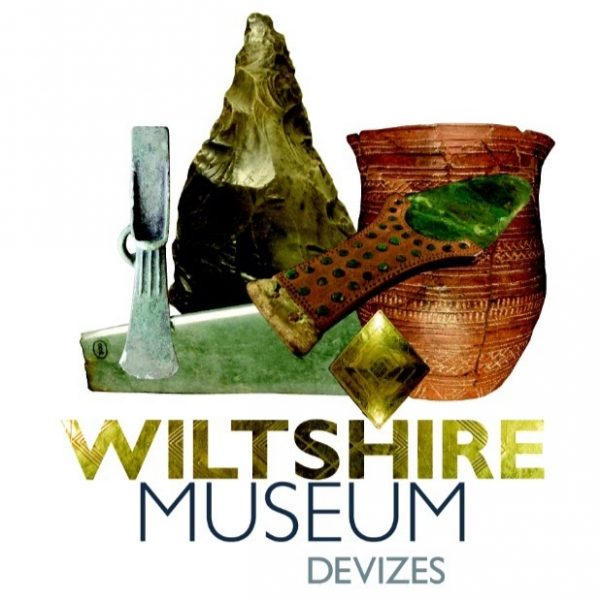 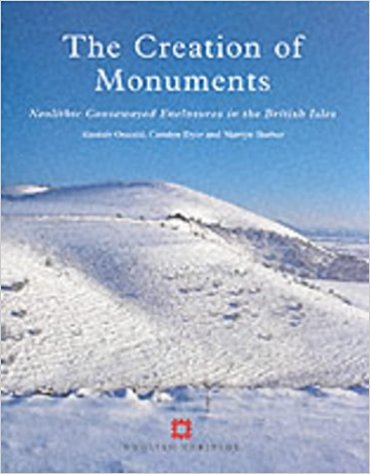